It was the time of dial-up modems, when Internet was a privilege of the chosen in my country. I was at University, in the capital city, away from home. I didn’t have a computer there, so I had to use students’ computer center. While I was waiting for my turn I saw a few guys staring into the same screen and debating over some green stuff on it.

I forgot my manners and peeked over their shoulders. They were playing a game I read about few months ago in a leading IT magazine in Serbia – “Svet Kompjutera“. That game was Hattrick. 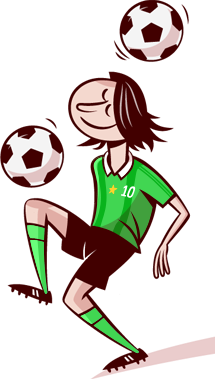 That’s how I signed up and started playing. It was December 23rd, 2003, 10 years ago. Of course, I made the same rookie mistakes as everyone else. I expanded my stadium immediately, bought a high leadership but low coaching skill coach, purchased only young players for all positions, trained general for two seasons, and a lot of other mistakes that were usual back then.

Then I had my Internet cut-off for a month and forgot totally about the Hattrick, and almost lost my team due to inactivity. I got a reminder e-mail and re-activated my team, and that’s when I really started playing it. I’ve read some tutorials, learned about the game concept (which were quite different than any other manager game), and joined the community.

Serbian Hattrick community, although not very numerous, was very vivid in these days. People were enthusiastic and helped each other. They shared links and experiences. As a community grew, activity was also growing. There was a group of people, lead by MCiGGzy, zivadinovic, cclosh and KOHAH (my sincere apologies if I forgot somebody) who founded Hattrick Serbia and made an incredible voluntary effort into making Hattrick more popular in Serbia. They organized meetups, printed advertising materials, and shared it with people from different cities so they could spread it all over Serbia. I got some stickers  which I pasted all over my home town of Smederevo. I also posted it in a local community forum, and got a lot of people from my home town to play the game. One of them even became a gamemaster. Some of those stickers are still there, hanging and lurking for new players … 🙂 We had some amazing meetups, people made up songs about Hattrick, they even wrote a book! Yes, a book with songs about Hattrick!

And so, the time passed, computers are hundred times faster then back then and we have Internet in our pockets now. Some got married and had kids (and, of course, posted in Hattrick forums about that), our country changed names several times. We got older, that’s right, but somehow, Hattrick was always there, as some kind of parallel universe, where we could live our dreams. Because, everybody deserves their own football team!

My name is Aleksandar Jakovljević and I am a web developer from Belgrade, Serbia. I was born in Smederevo, in 1980. I started focusing on web development since late 2003. I am mostly focused on open source web technologies. I specialised in PHP, focusing on Symfony framework, with skills in Drupal and WordPress, too. I worked more than 7 years for art_net studio. I work for Computer Rock (former Spoiled Milk) since April 2011. I love the web and everything related to it. The possibility to publish your ideas quickly and make them available to the entire world is what made me decide to pursue a career in web development.

Hire me on Upwork